This week I wanted to share with you one of my favorite Educators of all time - Cate Maier.  When I graduated college and thought I was going to do theater and sail the world she kept telling me I was going to be a Montessori Teacher.  Turned out she was right.  I loved visiting her classroom as a kid and helping her students.  She is a brilliant teacher and child advocate.  I am very thankful to have her in my life and as my mentor.

Why did you become a teacher?

The first time I stepped into a Montessori classroom I felt at home. My good friend and I had set up a Non-profit at Bellevue Community College, and then opened a school together in Bellevue, WA.  She had kept on me about taking the Montessori training and asked if I would work in the classroom over the summer and then take the training.  Afterwards, I could buy the school from her.  I agreed, and from that first day I felt at home, and that I belonged there.

What is your greatest teaching moment?

I had a little boy whose parents were Romanian and they had lived in Israel.  By the time they had come to my school, he had already been kicked out of two others.  When he showed up I just held out my hands and said come with me.  He did.  His parents were floored, so they enrolled him.  He was so angry because he had been in different countries, and spoke three different languages- none of which were English.  He had been through so many changes and adjustments already in his life- he was just SO angry.  At the end of the year, another child mentioned how nice it was that he wasn’t so angry anymore.  I asked why they thought that was, and they said- “Well, it’s because we are such good teachers”.  It was humbling and amazing to see.  It was the first time I realized teaching wasn’t about me.  We were all in this together- to influence, encourage, and support.

Two boys were having a discussion while we were lined up to go the park.  They ware talking about who the most powerful person in the world was.  One said- “Well it’s God”.  The other said- “No… It’s Cathy”!

What is your best advice to parents?

Don’t have kids… LOL.  No- Don’t underestimate your child’s abilities.

And how about your advice to other new teachers?

Don’t lose your sense of humor!  It’s the greatest gift you have! It will keep you sane in the craziest of times, and keep you crazy in the sanest of times.

The Giving Tree by Shel Silverstein

If you had to do it all over again is there anything you would change?

I would have taken the training earlier in my life than I did.

Cate Maier grew up in Lind, WA. She did her Montessori training in 1981 under Mrs. Justice who had trained under Mario Montessori (Maria Montessori’s son).  She ran her own school in Bellevue for many years until she moved out of the area.  She continues to assist in her Grandson’s education in different capacities.  Currently she resides in Roseburg, OR.  And she still misses the classroom every day.

Teacher of the Week - Dina Logan 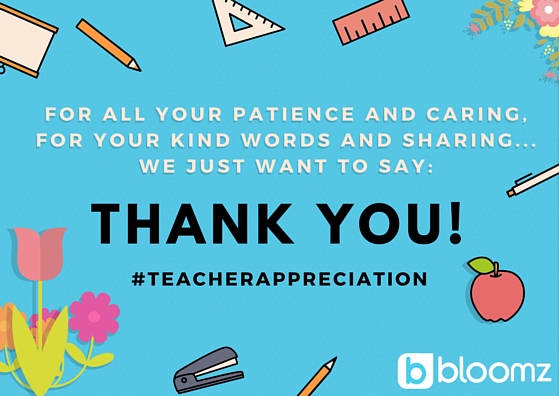 A Great Week of #TeacherAppreciation (Updated)